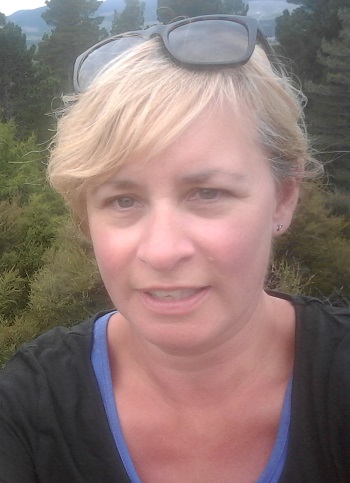 Catherine Coups on the top of Conical Hill in Hanmer Springs

When Catherine Coups visited New Zealand from the UK during an around the world trip in 1991, becoming a Kiwi was not on the itinerary. “I was travelling with a friend and we had been to Los Angeles and after stopping in New Zealand we had planned to head to Melbourne, Sydney and on to Bangkok. She suggested visiting New Zealand because she had friends here and I said sure, why not? It was on a whim, really. But by the beginning of ’92 I was working at Christchurch Hospital.”

Originally from Wiltshire, the qualified speech-language therapist returned to the UK to work after three years in Christchurch, before moving back to New Zealand. She spent 15 years in Auckland, during which time she had the opportunity to lead interdisciplinary allied health teams in rehab, older people’s health and acute paediatric settings. Catherine then shifted to Christchurch with her partner Dave, on the condition they lived either on the beach or had a sea view. The couple settled in Mt Pleasant and have a daughter, Scarlett, who turns 10 on New Year’s Eve.

The site-specific AHA training is based in the workplace, she says. “Working closely with Careerforce Work Place Advisors and a wide range of clinical teams, the AHA training has resulted in many positive outcomes over the years. I really enjoy networking, influencing, and facilitating with such a wide mix of different professions, groups and DHBs, supporting them to work more collaboratively across the South Island.”

Gardening, cooking and socialising are amongst Catherine’s favourite ways to spend her spare time. “My latest fad is ‘Love Food Hate Waste’. I attended a workshop about it, which was really inspiring. It encourages you to think differently and make a bit more effort when it comes to food wastage.”

Back to list
Published on: Thursday, December 21st, 2017, under Workforce Development Hub

Is a sustainable South Island health and disability system – best for people, best for system.

We are focused on keeping people well and providing equitable and timely access to safe, effective, high-quality services, as close to people’s homes as possible.